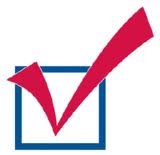 On Saturday, October 10th, 2015 Governor Jerry Brown signed into law measures which will eventually make voter registration automatic for all California citizens who get or renew a California driver’s license.

The bill was a priority of newly-elected Secretary of State Alex Padilla, who championed its provisions during his election campaign.

California is the second state to enact such a law, to the chagrin of Republicans who want to limit voter registration. Widespread voter participation is a challenge to those who want to maximize the voting power of white, property-owning males.